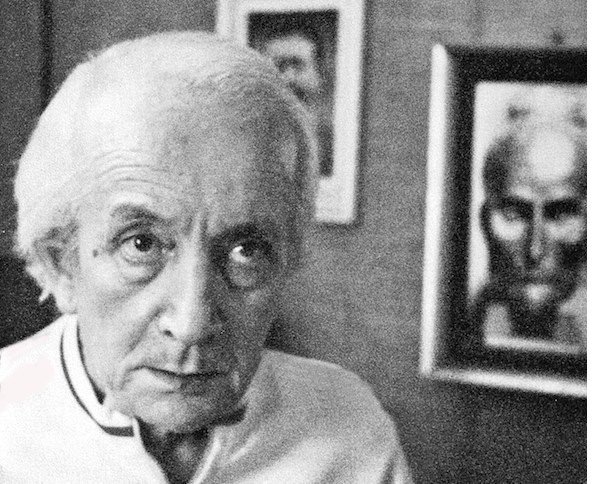 Massimo Scaligero (1906-1980) was born Antonio Massimo Scabelloni, at Veroli, in the Frosinone area south of Rome; he received a humanist education, to which he added the study of logic and mathematics and philosophy.

A journalist and poet – D’Annunzio, on reading his early poems exclaimed “here is the new bard of Italy” – a writer, scholar and deep connoisseur of the esoteric and of oriental philosophy he ran, until 1978, the magazine East and West, published by the Institute for the Middle and Far East (ISMeO), founded by Giovanni Gentile and Giuseppe Tucci. The magazine was a scientific publication, in English, in which the greatest world experts on art, archeology, philosophy and the religions of the Middle and the Far East collaborated.

As a young man he had particularly intense spiritual experiences and for decades, he tried to understand the meaning and nature of those experiences, until, just after the war, he came across the thinking of Rudolf Steiner. He read Steiner’s “Occult Science” and found described in there what his soul experienced spontaneously. From that moment he recognized the spiritual significance of the person of Steiner and he continued his work in Italy, after the death of his master, Giovanni Colazza, who had been a direct pupil of Steiner.

A tireless author and lecturer – in addition to the numberless personal meetings, he gave two lectures a week in Rome – he dedicated his entire existence to everyone seeking a spiritual path in Italy in the 60s-70s, until he died in January 1980.

Probably his real status as a man and as a thinker may be recognized only in several decades time – if not in centuries – given that his spiritual mission and his literary works have opened new pathways to self-knowledge. Scaligero left more than 30 books, mainly devoted to the work of transforming human thought into a real and authentic instrument for spiritual experience, a path directly developed from Rudolf Steiner’s spiritual science.

If Rudolf Steiner has set out the basis of knowledge of his path in “The Philosophy of Freedom”, Massimo Scaligero had continued the master’s work moving from the same basis of knowledge, from its primary instrument: thinking. That thinking must become an instrument of objective knowledge, a vehicle of transformation of the human being as a whole.

Setting out the work of transforming thinking – a leitmotiv that runs through all of Scaligero’s work – culminates in the “Treatise on Living Thought”.

The “Treatise” is not a book to be read, but a system of thoughts to be followed, over which to clamber, until you experience within the same thought-forces that created it in the mind of the Author. “Its sequence of thought [of the Treatise] is devised in such a was as following it starts to be the experience that is suggested: an experience that, to the extent that it is realized, turns out to not just one of the various ones possible to a person, but the one of the inner human essence, that the spirit demands of mankind in this age”.

It is the Path of Living Thought, of sense-free thinking. Living Thought, the authentic reconstitution of the relationship between humanity and reality, “either it is an experience or it means nothing” wrote Scaligero in his autobiography, “From Yoga to the Rose-cross”.

It is neither mental picturing therefore, nor any dialectic content.

Living Thought, free of the senses, represents the extraordinary possibility, offered to current day mankind, of realizing pre-dialectic knowledge, since it is experienced in a zone where thinking is still a spiritual substance.

Scaligero demonstrates how thinking – thanks to which the world ceases to be chaos and becomes intelligible, by means of which we steer the ship of our existence, by virtue of which we can truly call ourselves human – is the authentic, great unknown.

We, as people of this age, only experience its reflection, ready-made thought; its movement, its source, which is the basis of our individuality, remains excluded from our sight. The awareness of the real motives of our decisions, just like real self-knowledge, are thus inexorable removed from ordinary awareness.

This clearly shows than even the immortal content of Tradition does not coincide with its form; it is constantly changing in human history and must be re-enlivened by personal experience. The term experience makes all illusions flee: this is the condition, that must be reached, no thanks to conceptual speculations or dialectic performance, by exclusively by inner ascent.

As has been said, the first formulation of the path of knowledge that inspired Scaligero is to be attributed, at the start of the century, to Rudolf Steiner – he who, in Scaligero’s works is called the “Master of the New Times” – to whose teachings and person he constantly refers. There is not a page in his works in which he does not remind the reader of his/her role as disciple, not of one Tradition or another, but of knowledge. 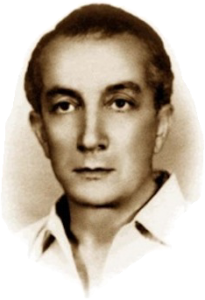 However, Massimo Scaligero’s position is not just that of a precursor, ready to place his own convictions at the service of a spiritual current; in reality he always considered his commitment to be contributing only his personal thought contents and experiences in his own writings.

Aware of the irreplaceable value of inner freedom and independence, that current humanity needs, he did not wish his numerous followers to create any external organisations. The bond that unites those who serve the Spirit can only be exclusively spiritual; any association founded on outer organisations inevitably risks prejudicing the outcome of the work.

Those who have known him are indebted to him for his infinite tolerance, the immeasurable devotion he reserved for every authentic seeker of the truth, tireless in helping anyone who turned to him, always ready for humour, and to self-giving; up to the point of consciously sacrificing every moment of his day to meetings and to lectures. There was superhuman consistency in his life – and alongside that, the marvellous poetry of the pure rhythms of Living Thought.